ONE LESS HEARTLESS TO FEAR 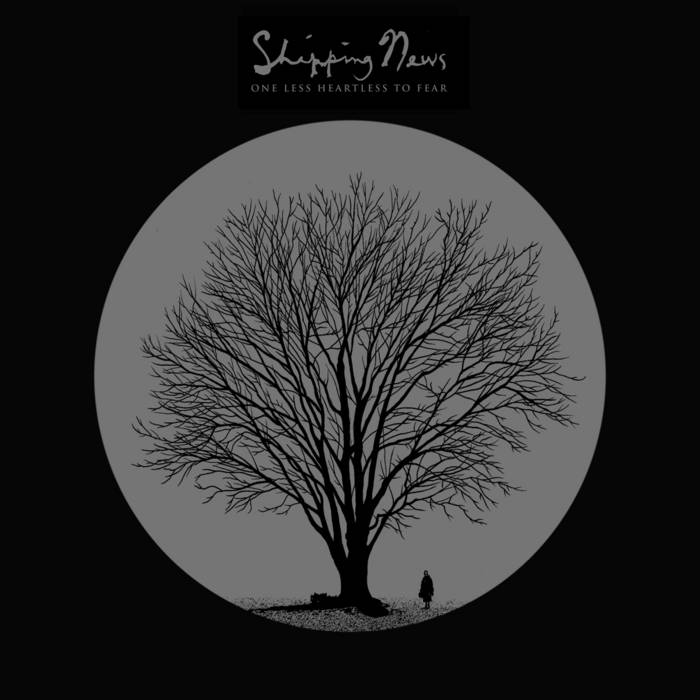 Mr B From Rennes

*You can download this album as a MP3 or WAV and other high resolution formats!

“One Less Heartless To Fear” was recorded live in Louisville, Kentucky at Skull Alley on June 19th, 2009 - except for “Axons” & “Half A House” which were recorded live at the O-Nest in Tokyo, Japan on April 2nd, 2006.

Shipping News consists of four Live Humans: Jeff Mueller plays electric guitar and vocalizes on “Axons” & “Bad Eve”. Jason Noble plays electric guitar and vocalizes on the rest except “Half A House”. He labors under the false belief that this is jazz. Kyle Crabtree plays drums, though at times it seems the drums are playing him. Todd Cook plays three different electric bass guitars on this recording, though only two by choice. Fuck You to thieves in San Antonio, Texas.

In Louisville it was our pleasure to share a very warm Ohio River Valley evening with: Tints (from Louisville, Kentucky), Bear Claw (from Chicago, Illinois) & Three Second Kiss (from Bologna, Italy). A fine show by anyone’s measure. Part of the Skull Alley First Anniversary weekend. www.skullalley.net

In Tokyo it was our pleasure to share a rainy, Blade Runner-esque evening with: Fort Wayne and Z (from Tokyo, Japan). An astonishing experience by our measure. Heartfelt thanks and hello(!) to our traveling companions in Japan: Shino, Yoshi, Takeshi and Tim Iseler. Also to Massimo, Sacha & Sergio, our brothers in Three Second Kiss. Also to you, faithful reader.

Bandcamp Daily  your guide to the world of Bandcamp

Serena Cherry debuts her black metal project, plus a Pick from the Crypt block from Svalbard